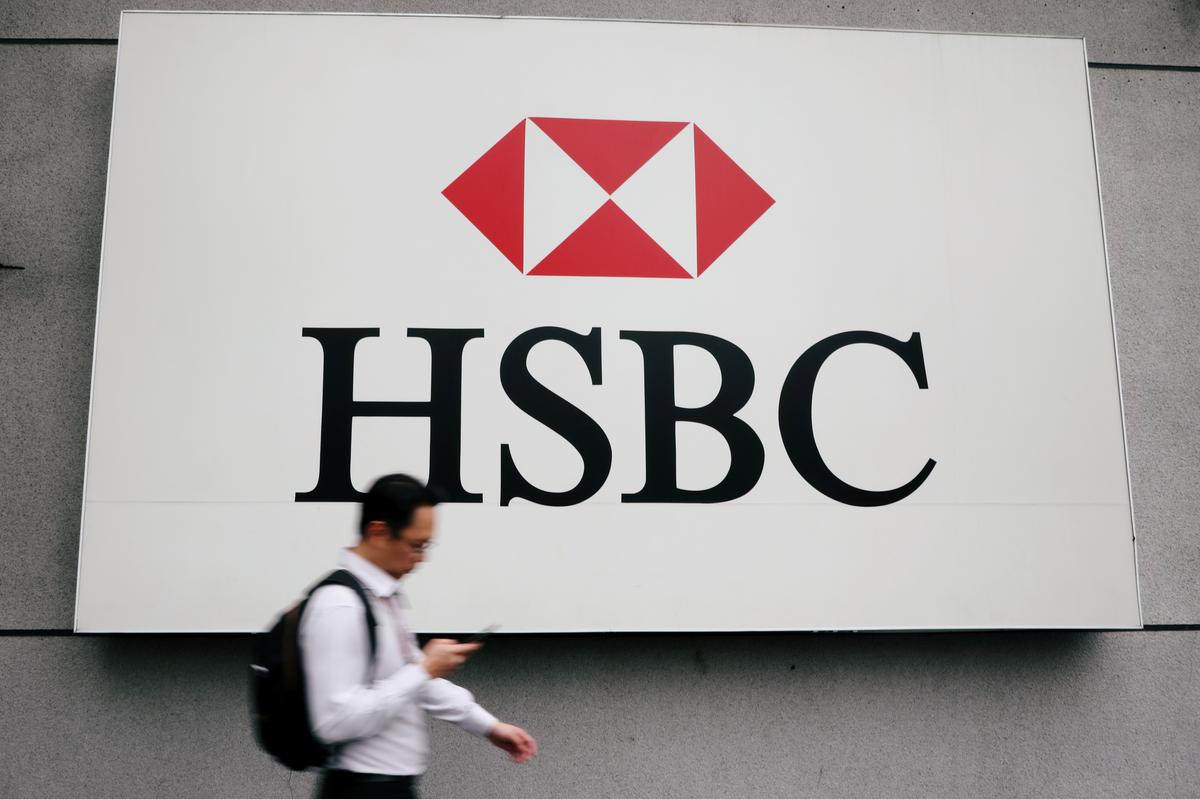 LONDON (Reuters) - HSBC is resuming plans to cut around 35,000 jobs which it put on ice after the coronavirus outbreak, as Europe’s biggest bank grapples with the impact on its already falling profits.

It will also maintain a freeze on almost all external hiring, Chief Executive Noel Quinn said in a memo sent to HSBC’s 235,000 staff worldwide on Wednesday and seen by Reuters.

“We could not pause the job losses indefinitely - it was always a question of ‘not if, but when’,” Quinn said, adding that the measures first announced in February were “even more necessary today”.

An HSBC spokeswoman confirmed the contents of the memo.

HSBC (HSBA.L) had postponed the job cuts, part of a wider restructuring to cut $4.5 billion in costs, in March saying the extraordinary circumstances meant it would be wrong to push staff out.

However, Quinn said it now had to resume the programme as profits fall and economic forecasts point to a challenging time ahead, adding that he had asked senior executives to look at ways to cut more costs in the second half of 2020.

The bulk of the job cuts are likely in the back office at Global Banking and Markets (GBM), which houses HSBC’s investment banking and trading, a senior executive familiar with the plans said.

The cuts will also affect senior bankers in Britain who work in GBM and HSBC’s head office, as well as support staff in its businesses around the world, the executive added.

While HSBC expects natural attrition of up to 25,000 roles each year, redeploying all affected staff would be unrealistic, the executive said.

The resumption of job cuts is unlikely to affect the timing or size of dividends HSBC may pay in the future, the executive said, with that decision likely to be based more around the economic outlook for next year and beyond, assuming regulators approve shareholder payouts once more.

HSBC’s move is a foretaste of wider cuts in the sector as banks confront a harsh operating environment, analysts said.

“It is only a matter of time before substantial further cost-trimming plans are announced,” analyst John Cronin at Dublin-based broker Goodbody said.

Shares in HSBC have fallen 27% since the start of March, with the pandemic prompting it to set aside $3 billion in bad loan provisions in its first quarter earnings.

Under the initial plan, HSBC said it would merge its private banking and wealth business, pare back its European equity business and reduce its U.S. retail network.

Shares in HSBC, which has come under fire from lawmakers on both sides of the Atlantic for its support for a new security law in Hong Kong, rose by 1% in London.