Why the home-working boom could tumble London's skyscrapers 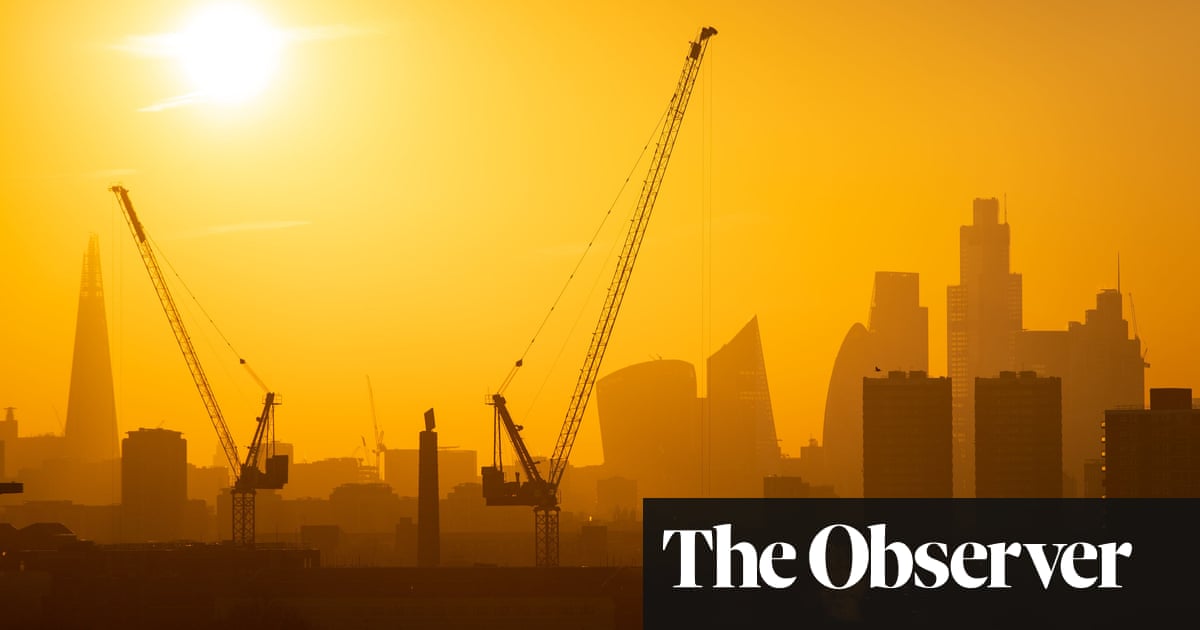 As England prepares to return to pubs, restaurants and cinemas next week, vast numbers of offices around the country will remain empty. And some companies are happy for it to stay that way – which poses a serious problem for multimillion pound skyscraper projects under way in the capital.

London-based Bishopsgate Financial Consulting is one of a growing number of firms that are giving up or downsizing their offices in the wake of the coronavirus pandemic.

“We were planning to move offices. We’d given notice just before the lockdown came in,” says Mike Hampson, chief executive of Bishopsgate. “When we started working remotely, we realised we were working very effectively as we were.”

So, after a discussion with his 65 staff, he decided to give up the firm’s head office in the capital’s Square Mile financial district. The move will save the company hundreds of thousands of pounds a year, slicing a quarter off its annual costs. Employees will also benefit financially – with some saving thousands of pounds each in annual commuting bills. Hampson himself has been spending more than £5,000 a year commuting from Tonbridge in Kent.

Bishopsgate has bought desks, laptops, dual screens and printers for its staff to use at home, while taking a “virtual office” in the City of London, which at least gives the firm an office address along with access to meeting rooms and lounges when it needs them.

Vantage Point Global, which trains graduates for banks including UBS and Credit Suisse and employs 45 people, has also given up its head office near the Bank of England headquarters in the Square Mile.

“From 1 April we were out of the office,” says James Brincat, Vantage’s chief executive. “It’s got an impact on the bottom line … We are working perfectly well, almost better than before. People are happy they can cut out the commute.” Access to a “workplace club” nearby allows the firm to use meeting rooms and lounges certain days a month, while the cost is a fraction of the previous rent bill.

These decisions are being taken against a backdrop of a global pandemic – and a mass of construction cranes. Although many businesses might be reluctant to return to their office buildings, a number of substantial building projects in the capital are dependent on them sticking to the old way of corporate life. Around the corner from Bishopsgate and Vantage, the UK’s biggest commercial tower projects are banking on a reunion round the water cooler and pushing ahead with building superstructures, in defiance of warnings that modern working could take years to return to pre-covid normality.

The lockdown-related economic slowdown, severe restrictions on public transport use and the likely retention of physical distancing guidelines for a long period have cast a pall over the cornerstone of the modern service economy: the open-plan office. Millions of furloughed or socially distanced workers are leaving desks unattended around the country, and there are signs that the change could be permanent.

Last month, Facebook said as many as half its 48,000 employees could be working from home within a decade, while Canadian e-commerce firm Shopify followed Twitter in saying its 5,000 employees could work from home permanently. In the UK, the chief executive of Barclays bank, which operates from a tower block in Canary Wharf, has said that “the notion of putting 7,000 people in the building may be a thing of the past”.

One of the City’s cornerstone names is embracing change too. Lloyd’s of London, the world’s biggest insurance market, is working on creating a virtual underwriting room, a new digital platform that will use the best features of video-conferencing apps like Zoom.

Lloyd’s, which closed its underwriting room in the Square Mile in late March, for the first time in its 334-year history, plans to reopen it in August. It expects that only 20% to 25% of 850 corporation staff and 3,000 to 4,000 brokers and underwriters will return to the Lime Street building in the City, for the time being.

But despite the likely decline in demand for office space, for some elements of the construction industry there is no choice other than to get back on the site, start building and hope that workplaces fill up again when their skyscrapers open for business. The capital dominates among the most ambitious plans. Projects getting back under way include the fund manager M&G’s 40 Leadenhall Street towers, nicknamed Gotham City for their resemblance to the Batman city, and Mitsubishi Estate London’s 8 Bishopsgate, both in the Square Mile.

However, if those buildings were always unlikely to be abandoned mid-construction, there is at least hesitation among the developments that are further down the pipeline. In the wake of Covid-19 it is likely that more staff will work from home at least part of the time, suggesting that businesses will need less space – although the requirement for social distancing might make it difficult to slim down offices. While government distancing guidance has switched from 2 metres to 1 metre “where 2 metres is not viable”, it remains to be seen whether business owners will use that change to seek a wider workforce return to offices.

Some construction schemes are therefore likely to pause. Several large projects planned in the City of London are likely to be put on hold, say consultants at Deloitte. They could include 1 Undershaft, known as the Trellis, which would be the second-tallest building in western Europe after the Shard at 290 metres, and where construction had been expected to start by the end of this year; the Diamond, rising to 247 metres; and the Bishopsgate Goodsyard towers.

Deloitte is predicting construction delays of three to six months in its recent London crane survey, which monitors office developments, with many of the completions due this year pushed into 2021. Buildings that had been scheduled to finish this year include 22 Bishopsgate, in the City, and Henrietta House in the West End.

Very little new construction is expected to start over the next six to nine months. Securing finance is likely to become tougher as the economic downturn deepens, and developers are nervous about being left with empty buildings, or rents falling as vacancies rise.

“It’s inevitable that with schemes that haven’t started people are going to be hesitant,” says Michael Cracknell, author of the London crane survey. “Any sensible occupier is going to review their space requirements; 98% of CFOs [chief financial officers] we surveyed said they’d be looking at space and how they’re using flexible working arrangements.”

Office and apartment-block construction had been booming in the UK’s largest cities until the lockdown led to most sites being shut down, but many have reopened in recent weeks.

However, productivity has dropped by 30% to 40%, as construction firms try to implement physical distancing guidelines while struggling to get key materials, says Noble Francis, economics director at the Construction Products Association.

“This means construction will cost more and take longer,” he says. “This could lead to renegotiations of contracts and consequent delays … and potentially hinder the financial viability of some future developments.”

Despite these concerns, projects underway or with planning permission are unlikely to be abandoned. Mat Oakley, head of the UK and European commercial property research team at property firm Savills, says he can only recall one example of a major office development being abandoned during his career: the Pinnacle, which was defeated by the financial crisis and became known as the Stump, later replaced by the 22 Bishopsgate building.

The Walkie-Talkie and Cheesegrater skyscrapers in London’s financial district were put on hold during the financial crisis, but went ahead once the office market recovered. The question for the sector’s boosters is when, and to what extent, the office market will bounce back this time.

“The behavioural science question is unique to this crisis,” says Oakley. “We don’t know how workers will be feeling in three to six months’ time, will they be desperate to go into the office, or frightened of going on public transport?”

Either way, the rise in home working does not spell the end of the office. Banks, insurers and law firms will still rely on office buildings to ensure staff work in secure network environments because of the risk of cyber-attacks, says Cracknell.

Technology, media and telecoms firms, which are now the dominant sources of demand for office space, have seen demand for their products and services boom during the pandemic and could continue to expand.

But questions remain over whether buildings designed for massed working in the pre-covid era are fit for purpose now: is the location right for a commuting workforce; will a recovering economy support the kind of firm that employs thousands of people; will offices become a cost cash-strapped companies can live without; and, importantly, do employees want to work in a collective environment after the relative freedom of home-working?

Even if the pro-office voices are right, existing sites need to be reconfigured, with more space needed for each worker as firms implement Covid-19 safety guidelines – such as screens between desks and limited attendances at meetings.

The future of Gotham City, the Trellis and the Diamond will depend on office workers – after months of commute-free, home-based employment – embracing such a constrained work environment.